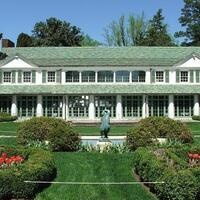 Reynolda House Museum of American Art displays a premier collection of American art ranging from the colonial period to the present.  Built in 1917 by Katharine Smith Reynolds and her husband Richard Joshua Reynolds, founder of the R. J. Reynolds Tobacco Company, the house originally occupied the center of a 1,067-acre estate. It opened to the public as an institution dedicated to the arts and education in 1965, and as an art museum in 1967.

Reynolda was the home of two generations of the Reynolds family.  In 1935, Mary Reynolds Babcock, the elder daughter, acquired the estate.  She and her husband Charlie Babcock used the house as their vacation home until 1948 at which time they moved permanently to Reynolda.  The property remained in the family for nearly fifty years.  The museum has restored interior rooms and furnishings to reflect the periods when the family lived here. 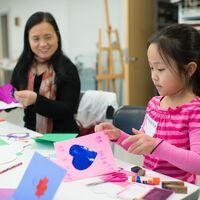 Do you love making art? Combine your love for art with your love for friends and family as you create unique, handmade valentines to share. A select number... 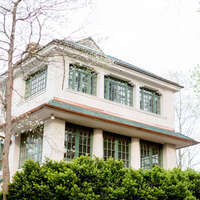 Designed for lifelong learners who want to become better acquainted with Reynolda, this in-person class provides an exhilarating introduction to the estate,... 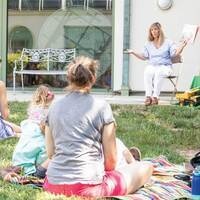 Join us for an outdoor storytime perfect for children who are emerging readers. Featuring a different theme each month, we’ll hear stories, sing songs, and...

Reynolda On the House

Romance is still in the air the week after Valentine’s Day. Celebrate love and resilience with spoken word artists (and couple) LB the Poet & Ely B. Bring...

Precision and Soul: A Conversation about...