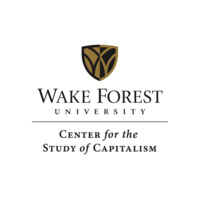 The End of Brand Neutrality: How to Be Good Corporate Citizens in an Age of Civil Unrest

Companies are asking a radical new question: "How can we be good corporate citizens in an age of civil unrest?" They can no longer be neutral. Nor can they handle the issue of unrest and cultural non-inclusion exclusively through advertising, social media, nascent recruiting, and corporate social responsibility.

Join bestselling author and one of the world’s leading experts on brand and culture transformation, Martin Lindstrom, and crisis communication expert Richard Levick in a conversation with CSC Executive Director Christina Elson. They will explore how companies standing at a monumental crossroads can re-evaluate their brand and culture for transparent and transformative outcomes. This panel discussion is part of "The Future of Capitalism," a new media project for the Center.

Richard Levick, Esq. is Chairman & CEO of LEVICK, representing countries and companies in the highest-stakes global communications matters – the Venezuelan crisis; Qatar; the Chinese trade war; the Gulf oil spill; Guantanamo Bay, the Catholic Church and many others. Mr. Levick was honored multiple times on the prestigious list of "The 100 Most Influential People in the Boardroom" and has been named to multiple professional Halls of Fame for lifetime achievement. He is the co-author of four books and is a regular commentator on television and in print. Mr. Levick speaks all over the world; at West Point, The Army War College and teaches at Fordham Law School.

Martin Lindstrom is the founder and chairman of Lindstrom Company, a global branding & culture transformation firm, operating across five continents and more than 30 countries. TIME Magazine has named Lindstrom one of the "World’s 100 Most Influential People," and for three years running, Thinkers50, has selected Lindstrom to be among the world’s top 50 business thinkers. Among the companies he advises are Burger King, Lowes, Boar’s Head, Beverly Hills Hotels, Pepsi, Nestle and Google. Lindstrom is the author of seven books including several New York Times bestsellers that have been translated into 60 languages. The Wall-Street Journal praised his book Brand Sense as "one of the five best marketing books ever published," and his book Small Data as "revolutionary," and TIME called his book Buyology "a breakthrough in branding." Lindstrom has appeared in media including The New York Times, NPR’s "All Things Considered" and Marketplace, and on NBC’s TODAY show more than twenty times as well as in Morgan Spurlock’s movie The Greatest Movie Ever Sold and on America’s Next Top Model. He has delivered keynote addresses to Google, Kraft Heinz, Disney, Amazon, LEGO, Unilever, Hallmark, Adobe, Mattel and the World Economic Forum.

Christina Elson is the Executive Director of the Center for the Study of Capitalism. Christina is a firm believer in the value of interdisciplinary thinking in fostering creativity and the development of an entrepreneurial mindset in supporting individual flourishing. To the Executive Director role, Christina brings her background as an anthropologist and businessperson. Her business career has focused on designing realistic, executable strategies to successfully launch new initiatives and ventures while maintaining an underlying focus on continuous improvement. Her research career has focused on the creation and dissolution of shared elite identities and on the limits of early states. More recently, she has initiated projects exploring psychological traits and behaviors that support team success.

School of Business, Academic Centers / Institutes, Center for the Study of Capitalism