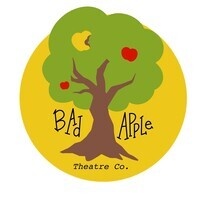 The American Century by Murphy Guyer
Directed by Matt Crawford

The American Century is a satirical comedy tha follows a dysfunctional, post-war family.  Tom is fresh off te boat after WWII, returning home to his wife, Margaret.  However, their touching reunion is cut short when a Stranger appears in their kitchen, bringing news of what the future holds for them.

From Foxtrot to Fosse, a choreographic revue
Directed and Choreographed by Ria Matheson

A spectacular cabaret of American Musical Theatre songs across time that showcases the ever-evolving use of dance in theatre.  From classics to contemporary hits, love songs to teenage tantrums, this show will have you dancing in your seat.

Tickets are $3 at the door.

Arts & Entertainment, Theatre, Next Week at Wake, Wake For Life, Arts and Humanities