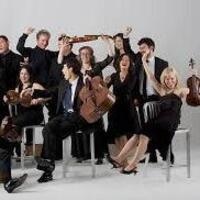 The Grammy-nominated string orchestra A Far Cry has developed a distinct approach to music-making, with playing and programming that encourage risk-taking and exploration for both player and audience. Known for its high energy, A Far Cry “brims with personality or, better, personalities, many and varied” (New York Times). Since its founding in 2007, A Far Cry has fostered those personalities. The self-conducted orchestra is a democracy in which decisions are made collectively and leadership rotates among the players (“Criers”). This structure has led to consistently thoughtful, innovative, and unpredictable programming — and impactful collaborations with celebrated performers and composers. Boston Musical Intelligencer sums up the group: “In its first decade, this conductor-free ensemble has earned and sustained a reputation for top-drawer playing, engrossing programming, and outstanding guest artists.”