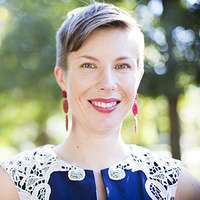 Erin Tarver, associate professor of philosophy, Oxford College of Emory University, will speak on "The Moral Equivalent of Football" and is open to the public.

Abstract: There are ample reasons to be morally concerned about football. Yet from a pragmatic perspective, the declaration that football is morally indefensible is less than helpful. If we want to actually do something about it, we need a different ethical approach.  In this paper, I argue that the problem Americans currently face with football is comparable to the problem that the pragmatist William James faced when attempting to advance the cause of pacifism against the intractable problem of war — and that we have much to learn from James’s response. James was prudent, I argue, to search for a “moral equivalent of war”: an alternative venue through which the virtues people associate with war can be cultivated without bloodshed. Yet, the sexism inherent in James’s specific approach to that “moral equivalent” was precisely what gave rise to football culture in America in the first place. If we are to find a moral equivalent of football, I will argue, we must remain open to the possibility that its virtues might be different in kind than the ones advocated by James or by his football-enthusiast contemporaries.