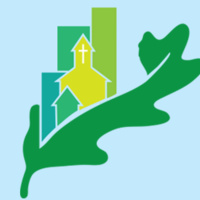 Our Common Home: Reflections on the Pope's Encyclical, Climate Justice, and the Call to Hope

The world needs an ecological conversion.

That’s the core message of Pope Francis’ powerful encyclical letter Laudato Sí (Praised Be). The human species has managed to run up a sizeable ecological deficit on all our earthly accounts—soil, water, and climate. From the way we feed ourselves, power our buildings, and transport our bodies, the evidence is clear: we need to transition away from fossil fuels and start building a clean energy economy.

We need to work across disciplines to create a holistic way of approaching climate change. Pope Francis’s words speak to a growing hunger for religious leaders to model ecological leadership, and signals a generative role that the church can play in the larger society.

Join us as we convene a lively panel discussion on this topic featuring a theologian, a journalist, a climate scientist, and a local community activist. We invite your participation as we rethink how to achieve a flourishing economy while preserving this earth, our common home.

Over the past three years, the School of Divinity at Wake Forest University has emerged as a national leader in addressing sustainability, climate change, and food insecurity through the lens of faith. Our specific niche is training and equipping faith leaders. Through the Food, Faith, and Religious Leadership Initiative, we train future leaders through a 15-credit certificate program in Food & Faith that is nested within the Master of Divinity degree. We also offer a robust continuing-education program. Our workshops, conferences, and retreats have attracted hundreds of participants from 17 states and five countries; from 10 colleges (Wake Forest University to Exeter University in England); and from more than a dozen Christian denominations, as well as from other faiths. With support from Kalliopeia Foundation and the Byron Fellowship Educational Foundation, we created the Re:Generate Fellowship, a national program for young faith leaders who work in the areas of food justice and sustainable agriculture. Every June we convene a 5-day summer immersion course in Food, Faith, and Ecology in the North Carolina mountains. Our university partners include the WFU Center for Energy, Environment, and Sustainability (CEES) and Office of Sustinability.

We invite you to partner with us in this important work.

Since 2007 Patterson has served as coordinator & co-founder of Women of Color United. Jacqui Patterson has worked as a researcher, program manager, coordinator, advocate and activist working on women‘s rights, violence against women, HIV&AIDS, racial justice, economic justice, and environmental and climate justice. Patterson served as a Senior Women’s Rights Policy Analyst for ActionAid where she integrated a women’s rights lens for the issues of food rights, macroeconomics, and climate change as well as the intersection of violence against women and HIV&AIDS.  Previously, she served as Assistant Vice-President of HIV/AIDS Programs for IMA World Health providing management and technical assistance to medical facilities and programs in 23 countries in Africa and the Caribbean. Patterson served as the Outreach Project Associate for the Center on Budget and Policy Priorities, and Research Coordinator for Johns Hopkins University. She also served as a U.S. Peace Corps Volunteer in Jamaica, West Indies.

In the context of Pope Francis’ Laudato Si, the NAACP views the genesis and proliferation of climate change through the lens of social justice. As such the focus of our work is on systemic change at local, state, federal, and global levels. We work on policy change while simultaneously doing place-based work in communities. Our priority is on frontline community building and leadership. Strengthening local self-reliance, local economies, and local resilience are the keys to reducing harmful industries and practices, decentralizing power currently held by big corporations, and simultaneously mitigating the progression of climate change while enabling communities to withstand existing and future effects. Our actions are based on the premise that with a society of communities making decisions based on principles of sustainability, human rights, and wellbeing, we can live in harmony with each other and with the earth.

O’Day’s scholarly research focuses on the Gospel of John, the Bible and preaching, and the history of biblical interpretation.  She has written a number of books and articles, including the commentary on the Gospel of John in The New Interpreters Bible (1996) and Preaching the Revised Common Lectionary: A Guide (Abingdon Press, 2007), and is currently working on a feminist commentary on the Book of Revelation. She is editor or co-editor of several volumes, including the Oxford Access Bible (Revised Edition Oxford University Press 2011), and the Theological Bible Commentary (Westminster John Knox Press, 2009). O’Day was the editor of the Journal of Biblical Literature from 1999-2006 and General Editor of the Society of Biblical Literature book series, Early Christianity and its Literature, from 2009-2014. She is an ordained minister in the United Church of Christ.

Justin Catanoso is a North Carolina-based journalist with 30 years of experience in covering climate change, health care, economic development and travel. He is a Pulitzer Prize nominee and winner of the Science-in-Society Award for his coverage of fraud in the tobacco industry in the early 1990s. His current reporting on the impact of climate change, especially in the tropics, is supported by the Pulitzer Center on Crisis Reporting in Washington, D.C. Recent work has focused on the intersection of faith and environment protection.

Catanoso has been covering the impact of the papal encyclical since he attended the Vatican press conference of its release on June 17, 2015. Last summer, he spent three weeks in Peru -- a Catholic country where the pope enjoys an 82 percent approval rating -- to gauge whether the encyclical is and will have an impact on government policy, business, the clergy and the poor. He just returned from covering the United Nations climate summit in Paris, where a Vatican delegation was there for the first time pressing the pope's environmental agenda. He will speak to all these issues, especially how the faith community is responding to the pope's rallying cry. Catanoso is director of journalism at Wake Forest, and a contributing writing to www.mongabay.com, one of the world's most authoritative sources on science and environmental news related to climate change. His recent reporting has also appeared in newspapers in Miami, Sacramento, Kansas City, Raleigh and Greensboro.

Laura brings 30 years of experience as a sustainable agriculture researcher and college educator to her teaching about the ecology of food systems, climate change, sustainability and resilience. Climate change is upon us and agriculture is inextricably involved. Fundamental to our identity as a species, crucial to the health and well-being of our communities, the way that we eat fuels the 21st century challenges that threaten our way of life.  Sharing our hopes, our fears, and our own stories of adaptation sparks the social learning and innovation that cultivates community resilience. Laura Lengnick gathers stories from fields and farms across America to explore the connections between climate change, food and community resilience.  Weaving these stories with the latest climate science and resilience thinking, she shares a message of hope for these troubling times.

Climate change, poverty, waste, inequity, pollution, the loss of biodiversity, the breakdown of society: these 21st century challenges are symptoms of a planet in distress, a planet driven by industrialism to the threshold of collapse.  In the Laudato Si, Pope Francis calls on all the people of the world to recognize the harms of industrialism and to begin working to realize a new vision of our common home, one based on the power of healthy relationships to heal each other and the earth.  His call for an “integral ecology” resonates with those working to put humanity on a path to a sustainable and resilient future.

Fred Bahnson is Assistant Professor of the Practice of Ecological Well-Being and Director of the Food, Faith, and Religious Leadership Initiative at Wake Forest University School of Divinity. His writing and teaching focus on the intersection of ecology, agriculture, and contemplative spirituality. In his co-authored book Making Peace With the Land, he explored how the scriptural vision of Christ’s reconciliation is not limited to people, but rather is cosmic in scope, which leads to practical implications for agriculture and energy. His book Soil and Sacrament tells the story of the church-supported community garden he co-founded in 2005, as well as describing his more recent pilgrimage among four agrarian faith communities—Trappist, Protestant, Jewish, and Pentecostal. Part spiritual autobiography, part narrative journalism, Soil and Sacrament was described by Kirkus in its starred review as “A profound, moving treatise on finding God in gardening.” His forthcoming article in Harper’s magazine explores faith and climate change.

The Highsmith Student Union is number 7 on the UNC Asheville campus map located at https://maps.unca.edu/. Attendees can park in any of the visitor spots in Lot P18 (which is also indicated on the campus map). Once you arrive at the lot, dial the number listed on the sign to obtain a virtual permit. Then, make your way to the Student Union.