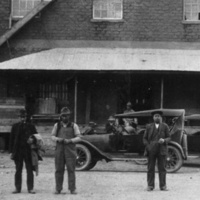 This talk will examine relations between the Mexican government and religious minority communities of Mennonites and Mormons, with particular attention to state policies granting legal, cultural, and economic accommodations. Dr. Janzen will show how these relationships have evolved over time as public perceptions of these communities have shifted in response to changing conditions in Mexico. The discussion will consider recent political events and reports of rising violence affecting the communities. It will also address Carlos Reygadas's Luz Silenciosa (2007), an award-winning film that portrays a Mennonite family in Mexico.

Rebecca Janzen is Assistant Professor of Spanish and Comparative Literature at the University of South Carolina in Columbia. She is a scholar of gender, disability and religious studies in Mexican literature and culture whose research focuses on excluded populations in Mexico. Her first book, The National Body in Mexican Literature: Collective Challenges to Biopolitical Control (Palgrave-Macmillan, 2015), explored images of disability and illness in 20th century texts. Her second book, Liminal Sovereignty: Mennonites and Mormons in Mexican Culture (SUNY, 2018), focuses on religious minorities. Her current projects include a book on film and religion in Mexico, tentatively titled Unholy Trinity: State, Church and Cinema in Mexico as well as work on the intersection of legal and literary discourse as it pertains to minority communities in Mexico.

co-sponsored by the Department of Spanish and Italian, the School of Divinity, the Department for the Study of Religions, and Latin American and Lainto Studies