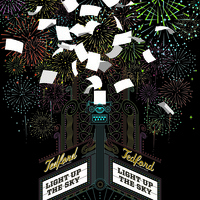 Light Up the Sky

A brand new play opening “out of town” in Boston is Broadway bound! Or is it? Can a serious play with a heartfelt message bring in the big bucks or will is prove a dismal failure? Moss Hart’s Light Up the Sky is a hilarious fast-paced, biting but ultimately loving send up of the endless egos, anxieties and shifting loyalties of 1940’s theatre folk.  But, it is also a play about the integrity of a writer and his loyalty to what he has to say. When Light Up the Sky opened on Broadway on November 18, 1948 critic William Hawkins said that Hart “turned up with an extremely funny, high riding comedy that is pitiless in its comment on the theatre while brazenly in love with it.” Hart himself described his play as “a simple story about show people who love each other, get into trouble, detest each other and then find out that they need each other.”