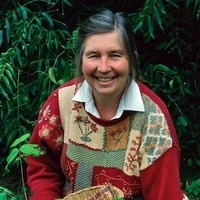 Call of the Forest: A Documentary Film Screening and Talk by Dr. Diana Beresford-Kroeger

This lecture is free and open to the public; registration recommended.

The first day of a two-day event, join us for a special preview screening of a new feature-length documentary film about Beresford-Kroeger's work, followed by Q&A with her.

Call of the Forest: The Forgotten Wisdom of Trees follows Diana Beresford-Kroeger as she tours some of the earth’s last, great forests, from Japan, Ireland, Germany, to the United States and Canada, meeting many of the world’s most ancient trees and educating people about their history and legacy – a history and legacy that is deeply entwined with our grand and benevolent neighbors, the trees.

From Winnipeg, Canada, which holds the largest population of American Elms anywhere in the world, to the sacred sakaki and cedar forests of Japan, the walnut and redwood trees of America and the great boreal forest of Canada, Diana tells us amazing stories of how trees protect and feed the planet, producing pheromones and oxygen, filtering our air and water of toxins and sequestering carbon. Like a keystone in the boreal forest, the green of the modified chloroplasts hold up the world.

Diana knows the science and the magic of what the trees hold within. She will tell you that trees have a larger genome than humans; that they talk to each other and they emit subsonic sound to attract migrating animals, birds and insects, and that they contain medicines that heal what we suffer from. She knows we must begin to value them for what they are: incredible banks of untapped answers to the diverse man-made problems of our world.

Following the film screening, Diana will join us for Q&A for the audience. This event is free and open to the public; registration recommended. Read more on Diana here.

Diana's latest book is called The Sweetness of a Simple Life (Random House Canada). It contains easy doses of healing and practical wisdom, blending modern science and medicine with aboriginal traditions.  A precise and poetic writer steeped in Gaelic storytelling traditions gathered from her childhood in Ireland, Diana’s previous books include The Global Forest, Arboretum Borealis: A Lifeline of the Planet, Arboretum America: A Philosophy of the Forest, A Garden for Life and a collection of stories, Time Will Tell.

In 2010, Diana was inducted as a Wings Worldquest Fellow.  The Utne Reader named her one of their Visionaries for 2011 and the same year she was named a Society Fellow of the Royal Canadian Geographic Society.  Recently, Diana has been working on a film based on her book, The Global Forest, which has taken her around the globe. The film, Call of the Forest: The Forgotten Wisdom of Trees, will be released in 2016. Diana lives in Ontario, Canada, with her husband, Christian H. Kroeger, surrounded by her research garden filled with rare and endangered species.

Parking
Parking is available in Lots S, A, B, and Q, as well as individual spots along the street directly in front of Wingate Hall and adjacent to Scales Fine Arts Center. See parking map »