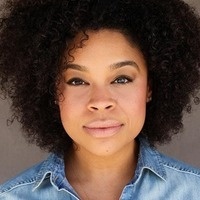 JULISSA CALDERON is an Afro-Latinx actress, writer, and comedy producer/director from Miami. She recently completed a two-year talent residency at Buzzfeed's Pero Like channel where her videos have garnered (conservatively) roughly 100 million views across digital platforms. She recently appeared on the AwesomenessTV/FUSE series, WTF BARON DAVIS. Prior to that, she appeared in ABC's REVENGE and starred in the ABC Diversity Showcase.  She also just wrapped an eight-episode recurring arc on the upcoming MACRO / America Ferrera / Netflix series, GENTEFIED that's due out Q1 2020.

For questions about accessibility or to request accommodations, please email interculturalcenter@wfu.edu at least two weeks prior to the event.