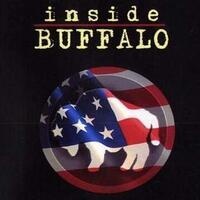 Inside Buffalo: The Story of Unsung African American Heroes of the 92nd Division in World War II

Celebrating Black History Month with film-maker Fred Kuwornu, who will present the screening of his award-winning documentary film. Fred Kuwornu is director and founder of the Blaq Italiano Project. The documentary brings to light the effort of the 92nd Infantry Division of African-American soldiers who helped liberate Italy from the Nazis.