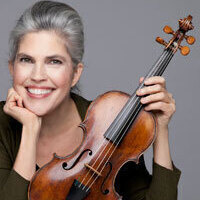 Matthews is widely considered one of the finest baroque violinists in the world. She won first prize in the prestigious Bodky competition for early music, and has gone on to perform with major baroque ensembles, such as Tafelmusik, the Philharmonic Baroque, and many others.

Among the most-recorded baroque violinists of her generation, Matthews has won international critical acclaim for a discography which ranges from the earliest solo violin repertoire through the great Sonatas and Partitas of J.S. Bach. Of the latter recording, the critic for American Record Guide writes “this superb recording is my top recommendation for this music on either modern or period instruments.”