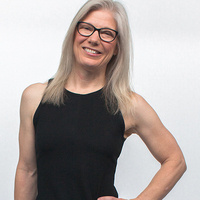 Devoney Looser, author of The Making of Jane Austen, will give a talk for the English department's Dean Family Speaker Series in the ZSR Library Auditorium titled "The Afterlife of Austen's Sense and Sensibility." All are welcome! A book signing and reception will follow.

Devoney Looser is Professor of English at Arizona State University and the author or editor of seven books on literature by women. Her most recent is The Making of Jane Austen (Johns Hopkins University Press, 2017), which was named a Publishers Weekly Best Summer Book (Nonfiction). Looser’s writing on Austen has appeared in The Atlantic, the New York Times, Salon, The TLS, and Entertainment Weekly. She’s had the pleasure of talking about Austen on CNN and writes occasional essays on professional issues for The Chronicle of Higher Education. Looser, who has played roller derby as Stone Cold Jane Austen, was named a 2018 Guggenheim Fellow to work on her next book on the once-celebrated, now-forgotten sister novelists, Jane and Anna Maria Porter.

The Dean Family Speaker Series is an endowed series that brings nationally and internationally recognized scholars to campus. It encourages critical conversations and dialogue related to the study of English. All talks are open to the public, and everyone is invited to attend.