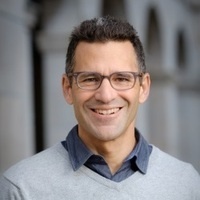 Dean Franco: The Border and the Line

A talk with Dean Franco on his upcoming book The Border and the Line: Race, Literature, and Los Angeles (Stanford University Press, January 2019).

About The Border and the Line:
Los Angeles is a city of borders and lines, from the freeways that transect its neighborhoods to streets like Pico Boulevard that slash across the city from the ocean to the heart of downtown, creating both ethnic enclaves and pathways for interracial connection. Examining neighborhoods in east, south central, and west L.A.—and their imaginative representation by Chicana, African American, and Jewish American writers—this book investigates the moral and political implications of negotiating space.

The Border and the Line takes up the central conceit of "the neighbor" to consider how the geography of racial identification and interracial encounters are represented and even made possible by literary language. Dean J. Franco probes how race is formed and transformed in literature and in everyday life, in the works of Helena María Viramontes, Paul Beatty, James Baldwin, and the writers of the Watts Writers Workshop. Exploring metaphor and metonymy, as well as economic and political circumstance, Franco identifies the potential for reconciliation in the figure of the neighbor, an identity that is grounded by geographical boundaries and which invites their crossing.