As a thriving center of Wake Forest campus life, the Benson University Center is a uniquely designed community-oriented building whose form follows its function. Located at the heart of campus between Reynolda and Tribble halls, BUC offers a variety of informal places to eat, socialize and study, as well as a copy center, ticket office, and reservable meeting spaces. 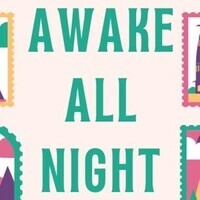 Join us for a fun-filled evening with inflatables, free food, and music! Travel to Benson to experience aWake all night: around the world!

I really enjoyed the conversation, I learned so much about the court system and the high-profiled cases that has been in the media. I left the evening with a better understanding of the inequalities that still exist in America.

I've never poured libations or seen the ceremony performed before. I was grateful for the opportunity to experience a grounding tradition that honored the lineage and character of my history and ancestry, that was inclusive to all beliefs, and that allowed me the space to remember and value the people who have made me who I am and brought me to this place. Dr. Sampson was dynamic and powerful in leading the session as well as warm and welcoming both in her explanations of the significance and meaning of practices performed during the service and in our conversation afterward. Thank you for providing ways to explore and expand my spiritual awareness!

I really enjoyed the event and meeting some faculty and students, I learned good practices of spiritual well being.

The movie itself wasn't very well thought out, but the movie watching experience was great! The film started out in the usual horror movie fashion, and mid-way through the intensity was really building while still giving a comedic break from time to time, but the story unravelled during the final scenes. The whole of the film was supposed to be brought into focus by the end, but all of the sudden the plot started becoming riddled with holes. I would still give the film a 6 out of 10 because Peele still hit the mark on the intensity, and the casting was well done, but ultimately the film fizzled out in the end.