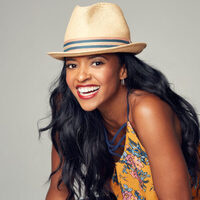 Wake Forest University’s Program for Leadership and Character is proud to present Renée Elise Goldsberry as the keynote speaker to kick-off the Arts of Leading Conference, co-sponsored by Wake Forest and the Oxford Character Project. Renée Elise Goldsberry is best known as Angelica Schuyler in the musical phenomenon, 'Hamilton.' She received the Tony Award, Grammy Award, Drama Desk Award and Lucille Lortel Award for her performance off and on Broadway. Since winning the Tony Award, she has appeared in the title role of HBO’s “The Immortal Life of Henrietta Lacks” opposite Oprah Winfrey, and in Baz Luhrmann’s “The Get Down” for Netflix. She is currently starring in the hit Netflix series “Altered Carbon.”

Goldsberry will speak about her vision of leadership and the liberal arts and conclude with a special performance. The keynote event will launch a major international conference on “The Arts of Leading: Perspectives from the Humanities and Liberal Arts,” which will continue Feb. 2 and 3 in Porter Byrum Welcome Center. It is also the kick-off event for Black History Month at Wake Forest.

The keynote and conference are free and open to the public, but registration is required. Register here. Registration does not guarantee admission. Seating will be first-come, first-served.