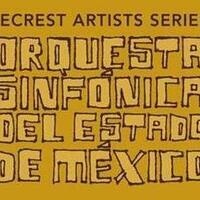 The National Symphony of the State of Mexico represents the excellence of Mexico’s talent and musical traditions. Based in the city of Toluca, the orchestra promotes music as a means of union and identity among Mexicans.

In addition to initiatives in Mexican culture and musical excellence, the orchestra began touring internationally in 1975, presenting concerts across North America, Europe, and Asia. Their performance will feature an all-Spanish program, with guitarist Alfonso Moreno and conductor Enrique Batiz, centered around Rodrigo’s ever-popular Concierto de Aranjuez.

Complimentary for Wake Forest faculty, staff, and students. Ticket for all other groups are available at secrest.wfu.edu.