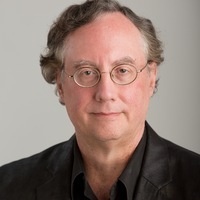 Is Islam a Religion of Peace? The Question of Origins - Lecture by Dr. Juan Cole

Many observers stereotype Islam and its scripture as inherently extreme.  Dr. Cole takes us back to Islam's and the Prophet Muhammad's origin story.  He shows how Muhammad came of age as the eastern Roman Empire and the Sasanian Empire of Iran fought savagely throughout the Near East and Asia Minor.  Muhamad's profound distress at the carnage of his times led him to envision an alternative movement, one firmly grounded in peace.  The religion Muhammad founded, Islam, spread widely during his lifetime, relying on soft powe instead of military might, and sought armistices even when militarily attacked.  Dr. Cole sheds light on this forgotten history, reminding us that in the Qur'an, the legacy of that spiritual message endures.