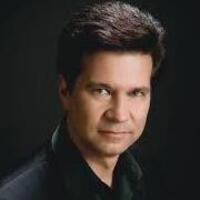 American/Austrian singer, Steven Scheschareg is a highly sought after performer in the worlds of opera, symphonic performance, and recitals. Critically acclaimed for his interpretations of music ranging from the Classical Era to modern repertoire, Scheschareg is a compelling performer.

His program at Wake Forest will feature two of Ludwig van Beethoven’s song cycles, “Gellertlieder” and “An die ferne Geliebte,” in honor of the 250th anniversary of the composer’s birth. Accompanied by Wake Forest’s chair of the Department of Music, Peter Kairoff, Scheschareg will also be performing Helmut Schmidinger’s “Mein Engel, mein Alles, mein Ich.” A song cycle based on Beethoven’s famous “Immortal Beloved” letter of 1812.