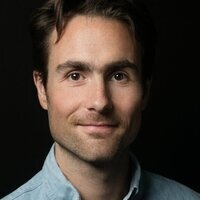 Join the Center for Energy, Environment and Sustainability (CEES) and the Office of Sustainability for a keynote lecture and book signing of The Uninhabitable Earth: Life After Warming with journalist and climate change columnist David Wallace-Wells.

Wallace-Wells reached widespread acclaim when his 2017 New York magazine cover story "The Uninhabitable Earth" went viral, alerting readers to the very real, very near affects of climate change on our warming world. His book of the same title was published in 2019 and became an instant New York Times bestseller. Neither a scientist or an environmental activist per se, Wallace-Wells is a celebrated journalist who has spent his life living in cities, and adds a much-needed focus on storytelling and the humanities, as well as a look at geopolitical and economic consequences. He will examine how public sentiment and political action are changing—again, much faster than anyone might have predicted, and set the stage for climate action planning at Wake Forest.

Speakers, Lectures, Next Week at Wake

FREE and open to the public! Register to reserve your seat.

Great and alarming speech and interview given by Wallace-Wells. I want to do more of my own research and hope to prevent this world from being further affected by manmade climate change