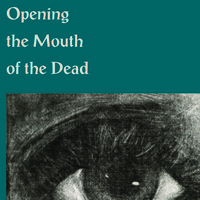 Catherine Woodard swerved to poetry in 2001 after an award-winning career in journalism. She helped return Poetry in Motion® to the NYC subways and is vice president of the Poetry Society of America.

Her poems have appeared in literary journals, anthologies and CNN online. She co-published Still Against War/Poems for Marie Ponsot and has been featured in The Best American Poetry blog for essays about India and the nexus of basketball and poetry.

A former newspaper and digital media journalist, Woodard volunteers with the News Literacy Project. She was an early digital journalism editor who led coverage that Columbia Journalism Review hailed as “the most ambitious” and “delightfully irreverent.” At New York Newsday, she won reporting public service awards about the social and political impact of AIDS and HIV, how NYC dodged a possible epidemic of drug-resistant TB and at Newsday how poor school districts were cheated by feudal tax assessments on Long Island.

Woodard has a MFA in poetry from The New School, MS in journalism from Columbia University and BA in history from Wake Forest University.

She is a former president of Artists Space, one of the nation’s oldest spaces for emerging visual artists. She is married to Nelson Blitz, Jr. and is the mother of Perri and Allie Blitz. She writes and plays basketball in New York City.