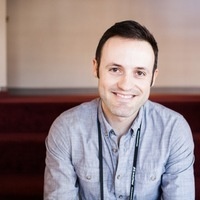 A Day with The Hip-Hop Fellow - "Independent Filmmaking" Lecture

Kenneth Price is an Emmy-Award winning filmmaker from Raleigh, North Carolina; he has directed and edited four feature films, eight shorts and more than 100 music videos. His films have won a variety of festival awards, been selected as Vimeo Staff Picks and his videos have been featured on MTV, VH1 and BET.